Travels with a Kilt
A weekend in...Highlands Scotland

Ah, Speyside. Cue the misty eyed, dreamy state that’s taken ahold of many a traveller, drinks connoisuer and social butterfly to have ever visited. Home to around half of Scotland’s world-renowned whisky distilleries, it is our Golden Triangle of 50+ whisky houses, with brands from the legendary to the unknown. In the first weekend in May, going back to 1999, each year has seen a massive celebration of the region’s eternal contribution to Scotch whisky. Over 500 events are held during 5 headspinning days during the Spirit of Speyside Whisky Festival, with everything from distillery walking tours to fine dining on offer. With my first Festival experience now freshly under my belt, here’s why I think this is one for the diary for every level of whisky enthusiast. 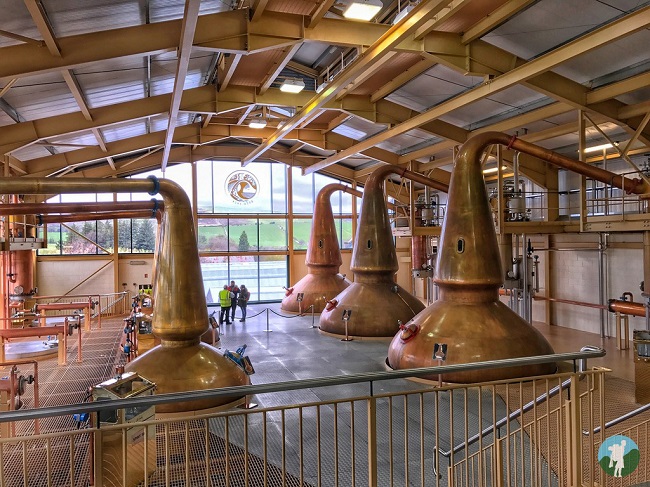 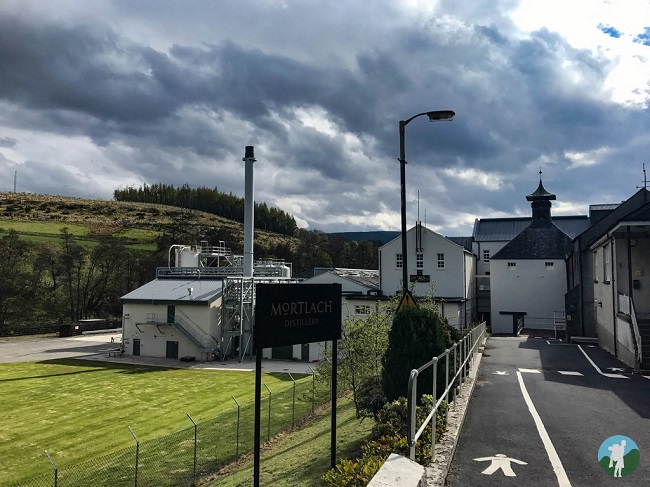 Scotland. Whisky. Celebration. It had to be.

Over the course of the Festival, multiple ceilidhs run and are, inevitably, attended by characters in abundance. My experience of the whisky industry is such – it attracts some of the biggest personalities you’re ever likely to come across. Folk who love what they do, and love talking about it! Great conversation was not hard to seek as glasses clinked, voices boomed and celebrations raged. The Opening Ceilidh was my emphatic welcome to the Festival.

Now you might think such powerful and established brands as these guys might be a tad competitive. Wrestling for sales, image, innovation….business is tough and product differentiators are small. Not so though. In the words of James Campbell, Festival Chairman, Speyside’s greats are all one big family. In the great venue of the Glen Moray distillery, so it was proved. 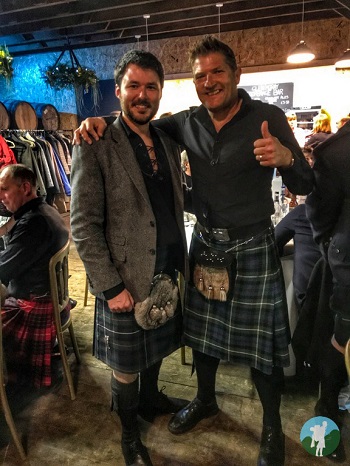 Backed by music maestros Tweed, it wasn’t long before the dancefloor got busy too and high school memories came pouring back as those country dancing nightmares reared their head again. Apparently it was just us Scots that had to endure this trauma by the way. Every Christmas, PE classes being replaced by ‘social dancing’ lessons. Boys and girls alike forced into awkward, borderline terrifying, partner selection as adolescent insecurities were hurled into the spotlight. Only ever one misstep during the Dashing White Sergeant away from ridicule etc etc. Anybody else been through this? I’m not scarred or anything, honest. Regardless, it’s finally started to come in useful. Swishing kilts and enthusiastic shape making into the wee smalls it certainly was and, despite the very international attendees, I don’t recall ever feeling more Scottish.

…whisky attracts some of the biggest characters you’ll ever meet

More than anything else, the Festival is about paying homage to some of the region’s fabulous distilleries and the people behind them. From the well-known to the never-heard-of, there isn’t a better time to get educated. Two of my favourite malts are on my hit-list during my stay as I dive into the deep end.

My first visit is to the mighty Glenfarclas. Famous for its preference for sherry over bourbon casks in particular, this is a whisky that sticks to the origins of what makes the product so damn good. My extensive tasting – always the best bit of the tour – was centred around ‘The Five Decades’ where this emphasis on quality is underlined. 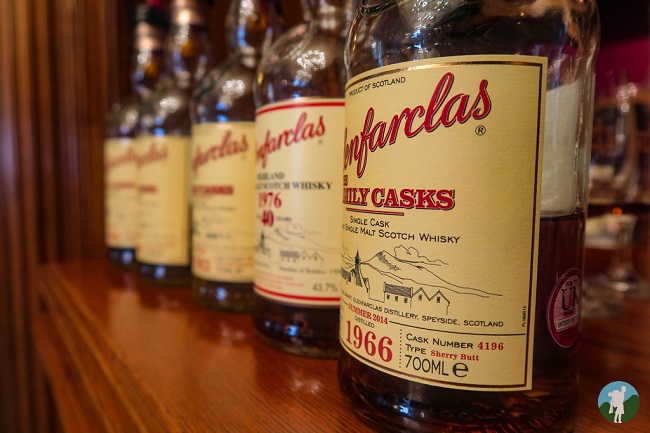 Going back 50 years, this is some journey for the senses. All part of Glenfarclas’ ‘Family Casks’ range, five drams await, with the youngest dating from 2000. While Glenfarclas’ sherry flavours are there for all to taste, it was telling that the 1983 dram was less obviously sherried given the relative dearth of available sherry casks at the time. I love that little worldwide trends play their part in the whisky stories through the decades. The final dram dates back to 1966 and, after the predictable murmurs of amused discontent from the Scots in the room, all savoured every second of this exclusive experience. This really is astonishingly good whisky.

Then there was The Glenlivet. An absolute giant by anyone’s terms, this place has been jostling with Glenfiddich for top selling single malt Scotch for years and shows no sign of slowing down. Under the expert supervision of distillery manager Trevor Buckley, we are shown around the vast facility including the upcoming expansion to further increase capacity. A remote stretch, further south than the main concentration of Speyside distilleries, Glenlivet has a long history of shenanigans as illicit distillers hid out in these parts under the taxman’s radar. Not so for the official ‘The’ Glenlivet though (established in 1824) and, while others fell by the wayside, the brand cemented its position at the top of the trade. A special tasting followed with half a dozen drams, including some straight from the cask and a first ever taste for me of the fabled XXV – the ultimate ‘Christmas cake’ of single malts. Dear. God. 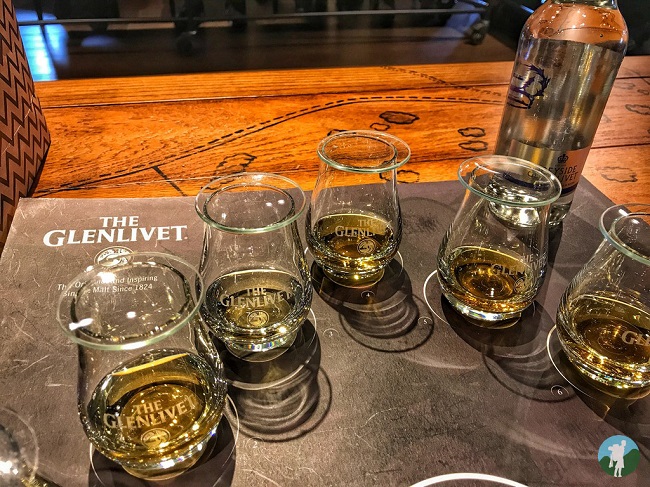 Getting the tour from Trevor was a real treat. Aside from his obvious knowledge, it was a chance to see that, from the top down, The Glenlivet also has that family business feel to it. Where else could you wander the HQ of a world famous brand and still feel a relaxed and friendly atmosphere? Where generations of locals have worked and the staff know each other with such comfortable familiarity? I love it. I remembered a previous Glenlivet visit some years ago and an excellent tour guide, Sandy, who I learn is sadly no longer with us. On asking after him, it’s clear he’s remembered with great affection and I shared a nice moment with Trevor reflecting on his roguish charm. Again, whisky attracts such characters.

I’m a bit of an old man. Those who know me well often enjoy a chuckle at my tendency to revert to slippers and a quite dram before bed. That tends to be how I like my whisky. On its own at the end of a hard day, usually amidst a grumble about the state of the world. The thought of having it with food is not something I’d ever really contemplated – I’ll add this to my reasons to thank The Spirit of Speyside Festival.

With two feasts provided as part of my visit, I was given an education in the art of pairing certain malts with food types. While the opening ceilidh was a meal not be fast forgotten, even better still was my ‘Ages of the Spey’ 4-course dinner at the excellent Craigellachie Hotel. Hosted by Dave Broom, one of the leading experts on Scotch whisky, this is a remarkable pairing of whisky with locally sourced culinary creative excellence. Pheasant ballontine, venison bridie, baked halibut, beef shin and whisky baba just some of the mouthwatering words I can throw at you from the menu. Each with their own immaculately complimentary accompaniments and, of course, a painstakingly selected dram of the utmost appropriateness. 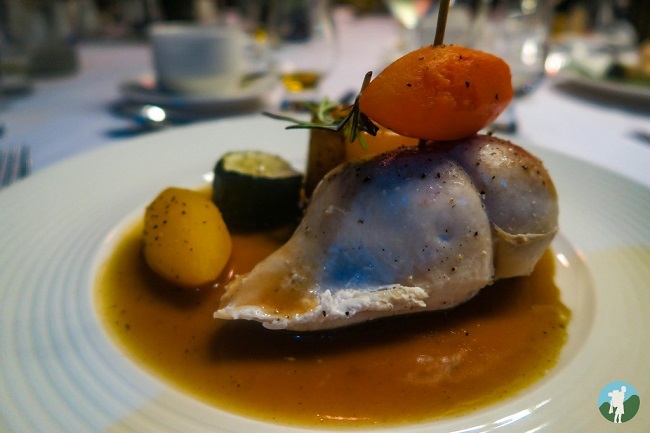 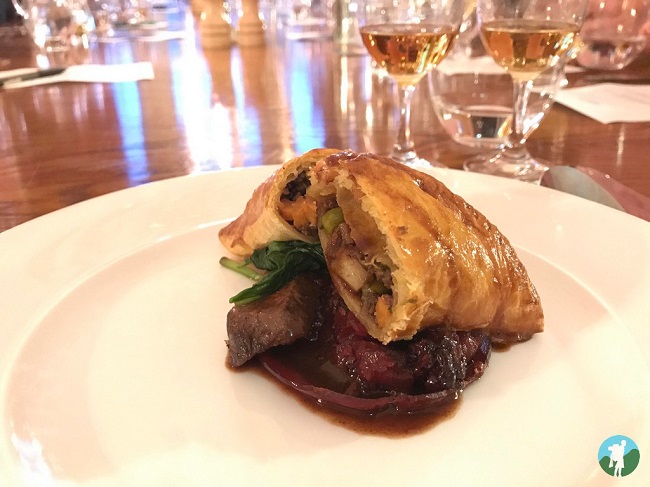 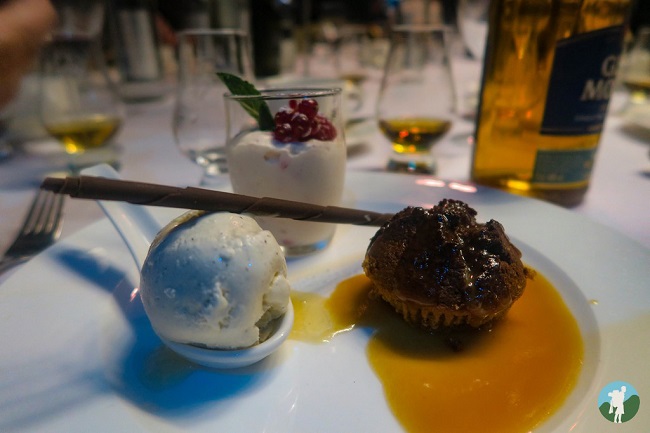 Other, less formal, pairings were going on all over the place as local culinary providers threw their hats in the ring to keep the hungry masses interested. Without doubt, food is a big draw for the Festival.

Getting Around and Where to Stay

To my continual infuriation, I found myself driving during the course of my stay and was therefore limited in my consumption. Appalling state of affairs I must say. Looking down on a world-class line-up of whisky glasses before you and having your motor staring mockingly back at you through the window. But no matter as this is an unenviable predicament to many distillery visitors and driver’s kits can generally be purchased as part of your tasting to allow you to enjoy later. And, in truth, a car is the easiest way to get from A to B in these parts. Buses (not always taking you to where you need to be) and taxis are other options. I also advise getting involved in walking tours if you can. I was lucky enough to join Michelle, of Speyside Tours, for a walking tour around the lesser-known spots in Dufftown. She’ll direct you to several hidden distilleries and present you with unusual drams along the way. All part of the unique Festival experience – you’ll never stop learning up here. 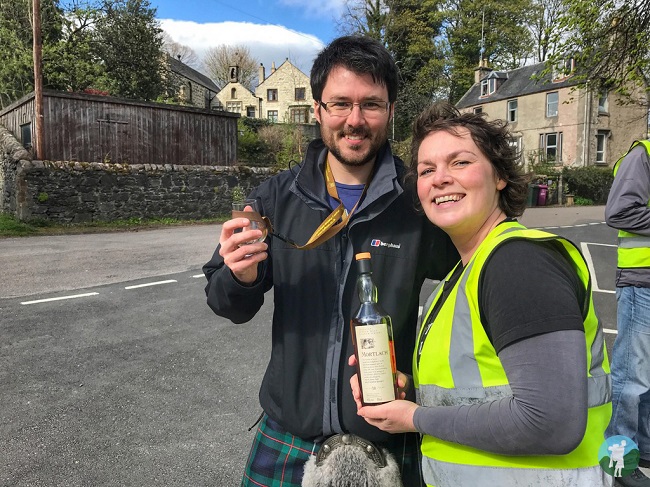 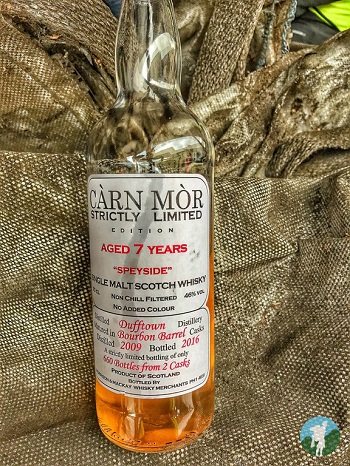 While Elgin is the nearest big town, try and base yourself at the likes of Craigellachie, Aberlour or Dufftown for optimal access to the majority of the whisky hubs.

Until we meet again Speyside. Slainte.

Best Walks in the Outer Hebrides 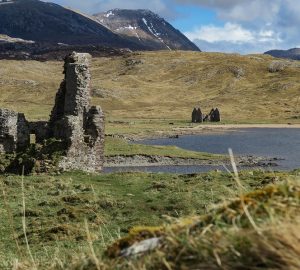 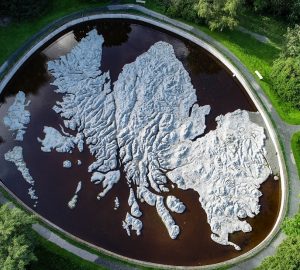 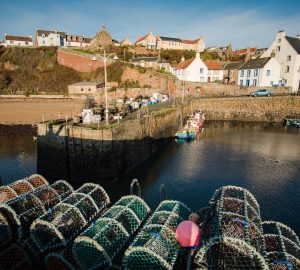