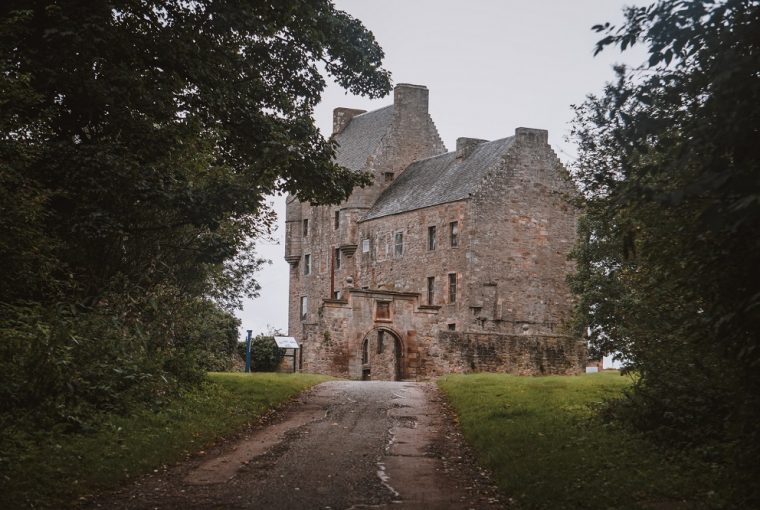 In this strangest of tourism seasons, I am finally now very much out of the starting blocks. I suspect some new travel hurdles are soon to be heaved into our path but, for now, those that promote Scotland as a visitor destination – either for the present or the hopefully not-too-distant future – can start to make some tentative steps towards returning to work. And it is with caution that I re-visit a few old favourites, and some of the best historic sites in Central Scotland, that have gathered renewed enthusiasm in recent years thanks to the magic wand of a little old show called Outlander.

I’m partnering up with Film on Forth this time, celebrating the numerous filming locations that have shot to notoriety in the recent surge towards Scotland as an on-screen favourite. Outlander is certainly the most ardently followed of the bunch, though it has still never found quite the same levels of popularity here as has been established in North America in particular. Diana Gabaldon’s Jacobite-inspired love story follows the very different paths of two characters that collide in the most fantastical of circumstances, intertwined with some time travel, standing stones, tragic Highland romance and war-time savagery. Although heading towards Season 6 now and set far from Scotland these days, I certainly think it was very much at its best as a show when Scotland was at its heart.

There’s a looming dread in the air when it comes to Blackness Castle. Unwelcoming, cold. Its thick walls put up a sturdy defence against the bitter blast of winter winds that emanate from the River Forth, even in this present relatively mild transition between summer and autumn. Its three enclosed towers are joined by wall-walk battlements that permit today’s visitor to stroll in the steps of those that would for centuries have surveyed the haar and horizontal rain over the River, grateful for at least some protection from the far-reaching influence of the North Sea. In the steps too of those that would have cowered and stooped to peer out, terrified, at the incoming bombardment from all sides, courtesy of Oliver Cromwell’s besiegers in 1651. 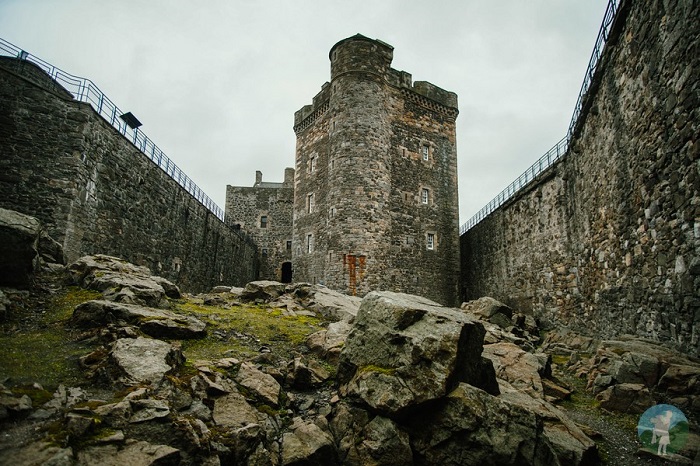 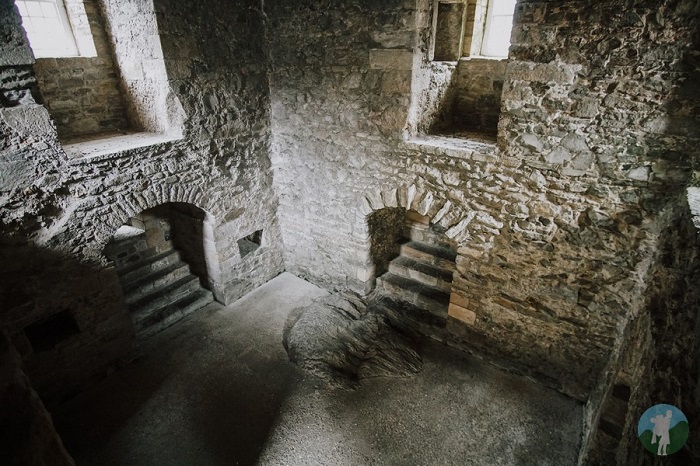 Its riverside setting gives it a grumpy roughness inside and out. The Forth’s waters lap around the perimeter and its neighbouring mud flats are enjoyed by none but the seabirds and wildfowl. Within, crude, protruding coastal rocks deprive the courtyard of much practical use and its resolute towers hold eerie remains of imprisoned woe. This has never been a place of bustling markets and cheery gatherings.

While this kind of talk may have you considering why on earth you’d want to visit such a place, let me whisper in your ear that Blackness Castle is one of the most atmospheric we’ve got. It’s captivating shape, best seen from above, ensured its status as ‘The Ship that Never Sailed’ and its northernmost point resembles the prow of a battleship, ready to slice through the dark and icy waters on which it so very nearly sits.

It was in that rock-strewn courtyard that Jamie Fraser was so savagely flogged in Outlander’s early scenes, the incident that triggered the feud that would span several seasons between the Jacobite and the loathed redcoat ‘Black’ Jack Randall. Doubling as the primary government base of Fort William, it would appear in numerous later scenes as the writers and location scouts sought to tap into the chilling residue of Blackness’ frigid past.

The temperature is considerably different as one enters the birthplace and luxurious suburban retreat of Mary Queen of Scots. Though its colossal skeleton feels naked without the decorative highlights that would have adorned its walls in its 16th Century heyday, it has the feel of a place built for a party. And hide and seek. You could almost believe the legend that the Palace’s magnificent stone fountain did indeed run with wine on the arrival of Bonnie Prince Charlie and his Jacobites en route to their unsuspecting doom. Just as you can almost hear the squeals and woops of youngsters who would relish the hunt around a maze of dark spiral stairwells and bare, haunting chambers.

Like Blackness, Linlithgow has been a huge favourite in recent years on our screens. The big-budget films Mary Queen of Scots and, most memorably for me, Outlaw King, both filmed here. For Outlander, the majestic ruin served as Wentworth Prison in Season 1. A place Jamie Fraser would rather forget. 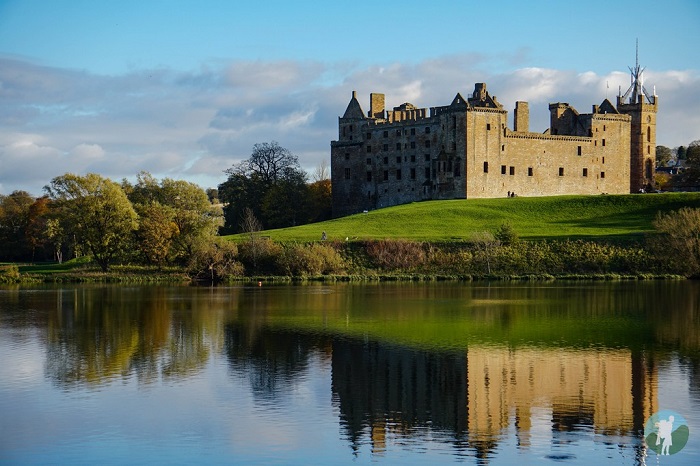 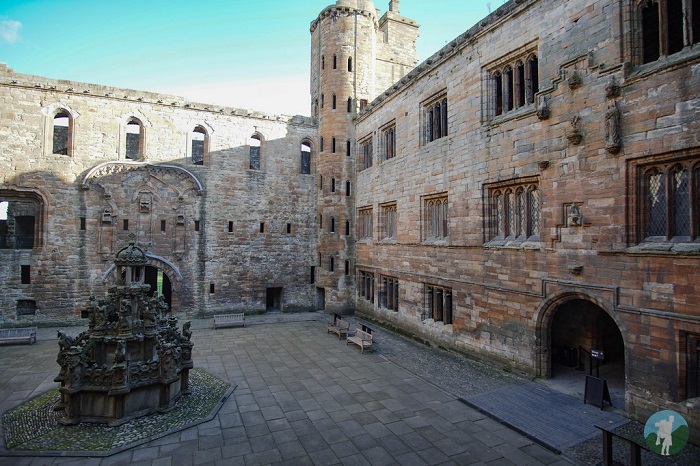 Upon entering Hopetoun House, you may find yourself instinctively standing taller. Dropping your shoulders, fixing your hair, dusting yourself off, feeling suddenly underdressed and hoping that you don’t appear too conspicuous. For the place breathes aristocratic grandeur. It holds on tight to its 18th Century air even still, luring you into its opulence and regaling you forever more deeply within each passing room. 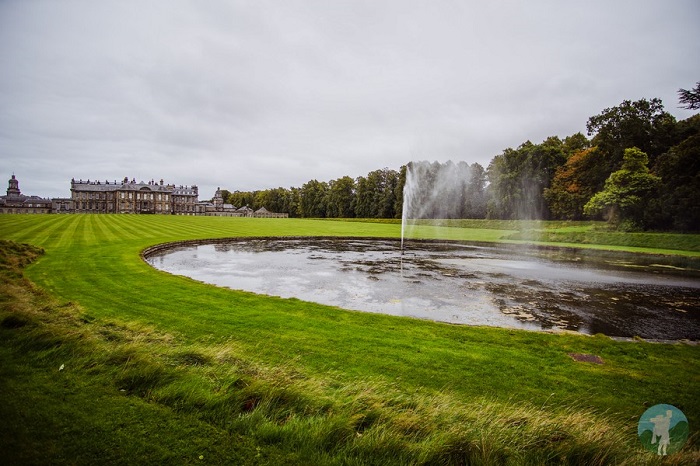 Overlooking the Forth and its iconic bridges sits, tucked away, one of the grandest family homes in the land. Home to the Hope family for over 300 years, the breath-taking exterior and grounds conger beseeching comparisons with Versailles while the sumptuously decorated interiors are an enduring testament to the vision of Sir William Bruce and the famous Adam family of designers who gave it this enduring majesty.

From the family portraits to the furnishings and the ceiling paintings to the panelled staircase, it was tailor-made for a secondary modern-day function, period dramas. Appearing repeatedly in Outlander’s first three seasons, it served primarily as the residence of the Duke of Sandringham but also saw a duel on the grounds, numerous scenes from Jamie’s Parisian chapter and various snippets set on the Elsmere and Helwater estates. 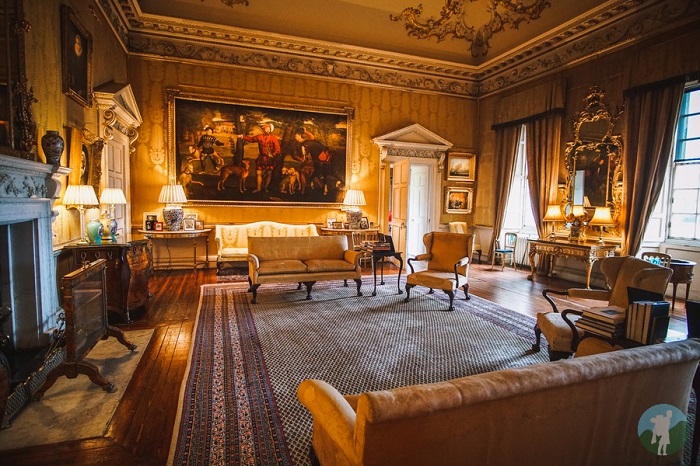 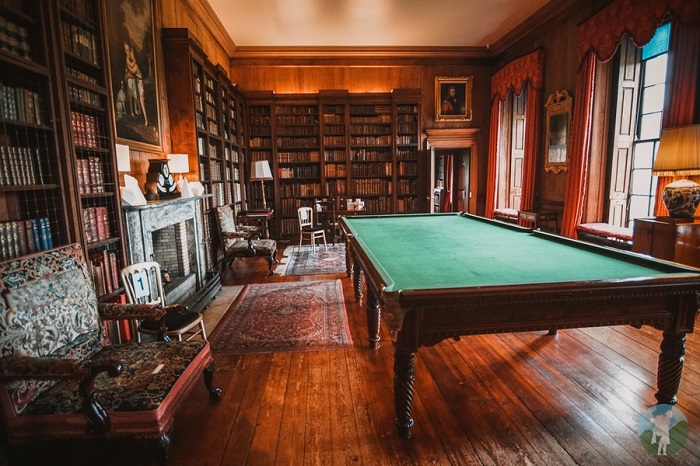 Then, there was Lallybroch. A derelict ruin that wouldn’t have found itself onto any travel itinerary ten years ago is now one of the most cherished in all Scotland. Found within the massive Hopetoun Estate, but some distance from the House, it has been saved from the dusty archives of forgotten architecture by a particularly keen-eyed location scout. Jamie’s home is maybe the most charged of all the Outlander sites that visitors flock to, evoking as it does the romance of old-world Scotland. Alas, the building itself remains in an un-loved state of repair and its abandoned interior is inaccessible to the public. Perhaps one day….. 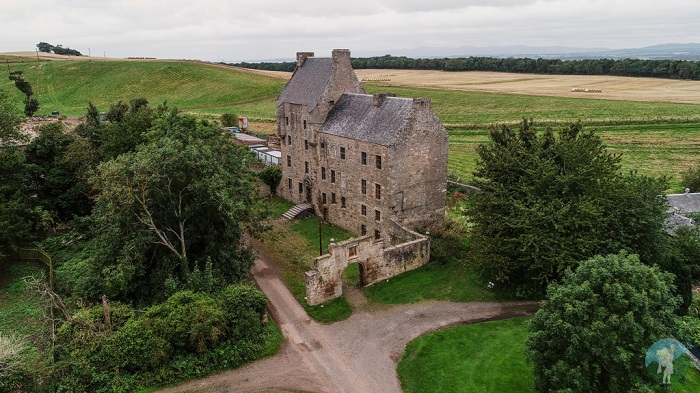 That a baronial-style, French-looking chateau should sit plum in the middle of Falkirk – a town long associated with heavy industry and military conflicts – is more than a little surprising. Its place as a residence goes back as far as the 10th Century and the Thanes of Callendar, but it’s perhaps for its various esteemed guests that it is most famous. Perpetual castle visitors Mary Queen of Scots (who spent a fair amount of her childhood here under the watchful gaze of the resident Livingstons) and Bonnie Prince Charlie (stopping by on his way to the Battle of Prestonpans in 1745) remain the pick of the bunch. 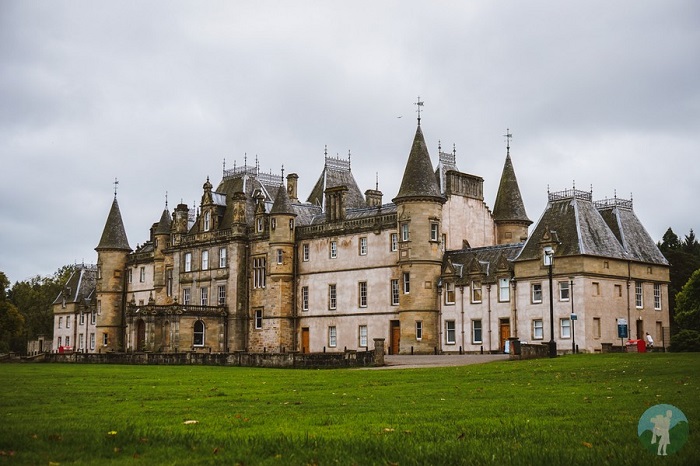 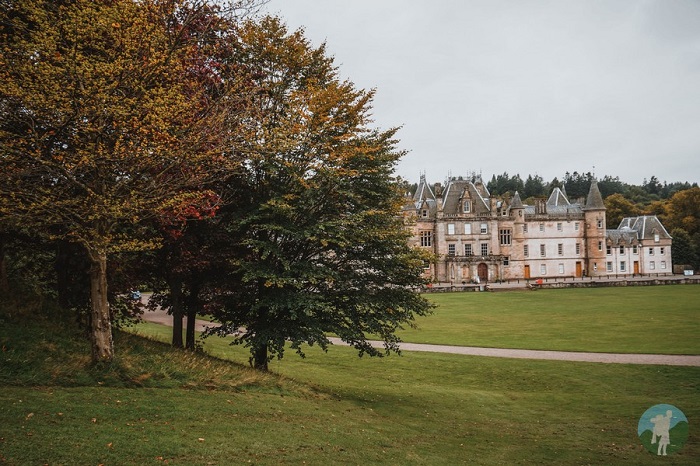 The House was unboarded and showered with new life only as recently as 1997 when it re-opened – as an excellent public museum. The vast surrounding grounds of 69 hectares make for ideal strolling and will be particularly resplendent in a few weeks as the leaves take on their all-too-brief glow. Within, the Georgian Kitchen steals the show. Built in the late 18th Century and the largest in Scotland at the time, it would have been a frenetic riot as up to two dozen workers would have sweated through countless meals for the owners and what was likely to have been a relentless flow of visiting gentrifieds. A myriad of utensils, copperware and stoves still sprawl from the dominant glare of a gigantic fireplace. 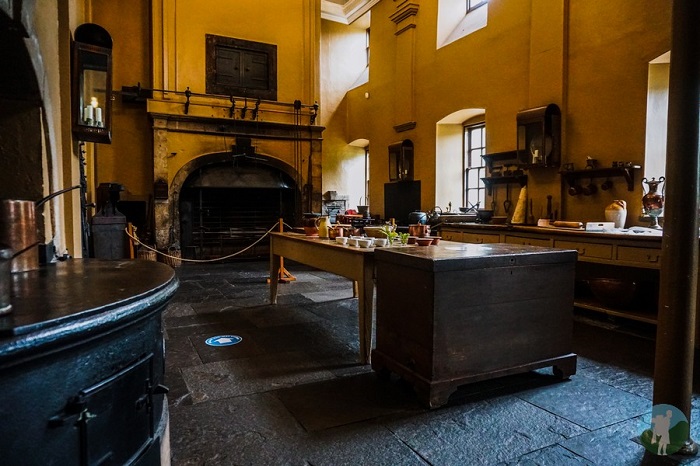 And it was to that kitchen that the Outlander bandwagon pulled up in Season 2. The Duke of Sandringham’s head found itself on the wrong end of Murtagh’s sense of duty as the wily noble became just another casualty of domestic misfortune. Another scene not fast forgotten.

Whether you can get visiting this lot before the uncertainty of a grim looking winter descends or you soften the lockdown blow with an Outlander marathon and a location hunt on the other side, you don’t need to stray far from the capital to win big. Happy hunting and Slàinte Mhath!

This post has been created as part of a paid partnership with Film on Forth and in promotion of their one-day, self-guided Outlander Scotland tours. All sites referenced within have been recently visited by myself and my endorsement of them as excellent tourist attractions is based entirely on personal experience and opinion.

Please note that some Covid-19 restrictions do apply in Scotland at the time of writing and the mentioned attractions have undergone changes to opening times that include the need to book in advance, with face coverings and social distancing mandatory within.