Travels with a Kilt
A weekend in...Scotland's history

Winter is coming. Jon Snow had it right and with a plain daft amount of water dropping down on the country in recent weeks, it has brought this travel blogger to a bit of a standstill. Like the eager kid with football under arm, I’ve been staring longingly out the window, waiting for a lull in the conditions to get my camera out. A Scotlanders campaign to the rescue and we sign off a hugely successful debut year with a campaign alongside Visit Falkirk. 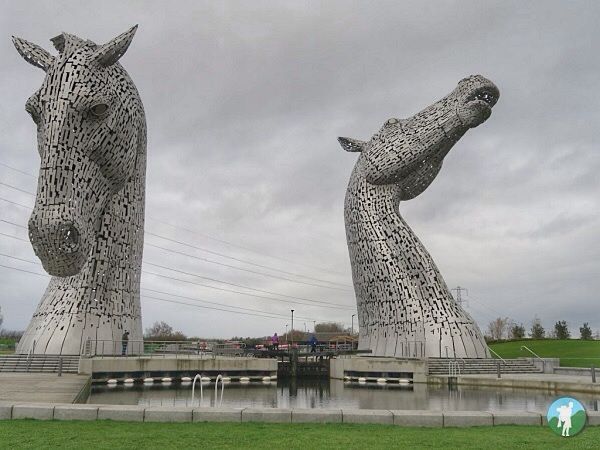 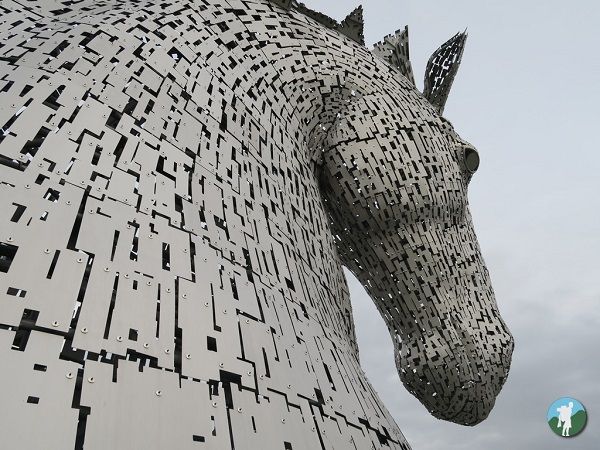 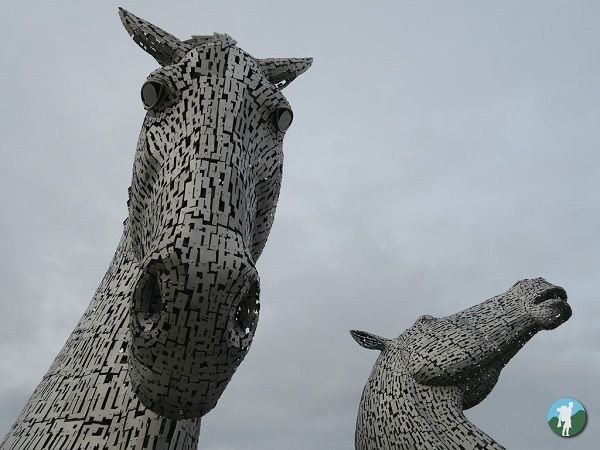 My own campaign kicks off at The Kelpies, already one of Scotland’s most recognisable and impressive tourist attractions. Having only jumped onto the map in 2013, these 30 metre high masterpieces have caused more than one near-thing on my drives along the neighbouring M9. A tribute to the working horses that powered the central Scotland canal system, Andy Scott’s inspiration has stolen many a heart already, with The Kelpies pulling in 7 figures from tourist numbers in their first year alone. The canals are prevalent throughout the town and seeing the water barges still meandering down the waterways alongside the structures is superbly atmospheric. Throw in the backdrop of the glorious Ochil Hills (on a clear day) and you’ve got yourself a day trip. While Scott (lovely guy by the way) has several impressive pieces of work dotted around central Scotland, The Kelpies are in their own league – given that the Scotlanders braved a cold and wet night to snap away relentlessly when a warm bed was calling says it all. The mythical water horses do also now have their own visitor centre revealing the full origins and construction process as well as providing tours of the steel interiors. 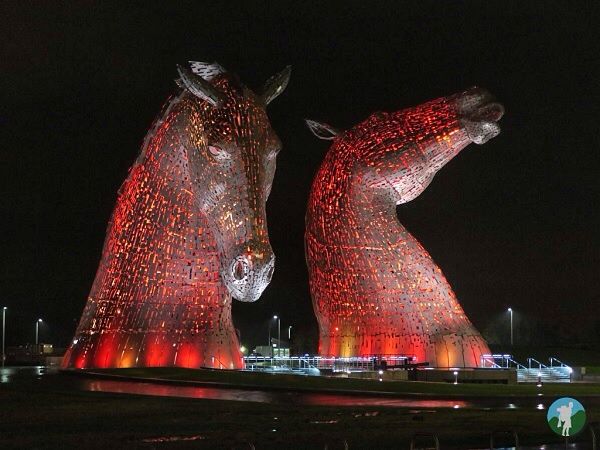 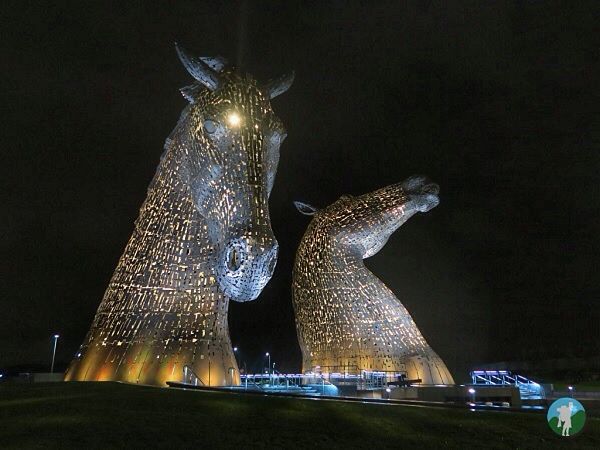 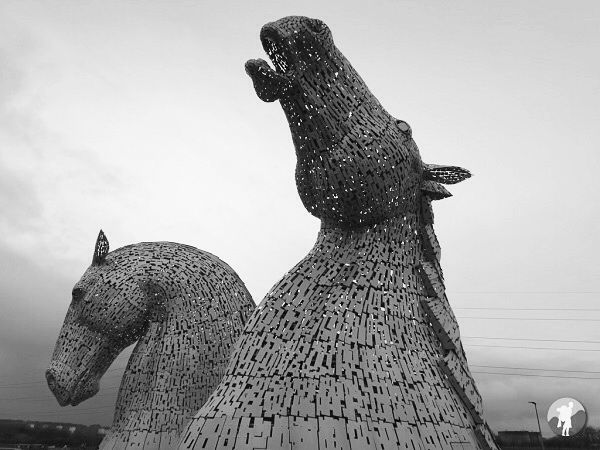 Next up is the Falkirk Wheel, an ideal partnering attraction further along the canal. I went to school not far from these parts and I remember the fanfare that greeted the launch of this engineering feat at the turn of the century – the world’s first rotating boatlift. Boats can be raised 115 feet from the Forth and Clyde Canal and burled around to resume their journey on the Union Canal. In so doing, there still exists a direct waterway route between Edinburgh and Glasgow. While the concept may be simple, the science is anything but and watching the process from below is fascinating. The immaculate manoeuvre can be enjoyed first hand by visitors via the regularly scheduled tour boats and the move between canals is achieveable in just five minutes, with the rest of the tour along the upper level taking around a further 15 minutes. Views from the upper level are fantasic – with much of central Scotland on display before you. Needless to say, this grim winter’s day was not the best for visibility but, even still, Falkirk has offered up a clear contender for Scotland’s most unusual and unique tourist attraction. An added bonus is the opportunity to Segway around the wheel – enquire in advance for tour bookings. 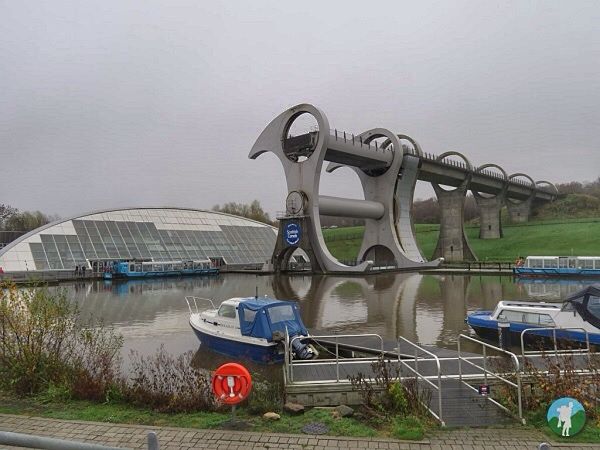 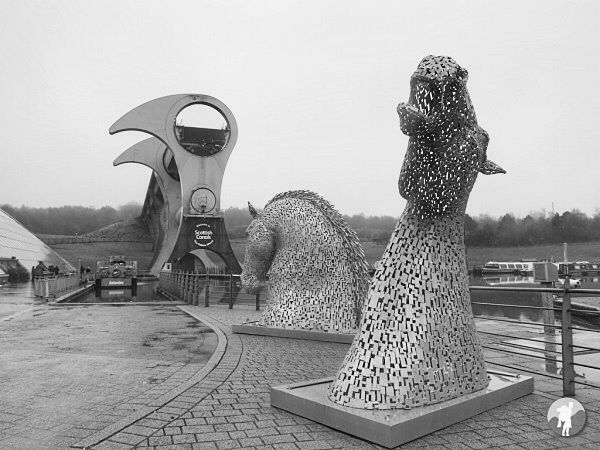 Another reason to return on a more agreeable day is for a wander round the nearby ruins of Antonine’s Wall. I say ruins, in truth there is next to nothing here as 1800 years of history have passed since the Romans built this giant barrier at their northern frontier, but for military history buffs it does send a tingle. Scots have often liked to say that the Romans tore through Europe, conquering all in their path, amassing an incredible Empire, until they hit Scotland. Faced with a bedraggled mass of bearded cannibalistic Celtic nutcases, they thought it wiser to build a 4 foot wall running 60km to “keep the crazies out”. Of course, the reality is somewhat different but what are mere details?

Falkirk is one of the most accessible spots in the country, falling between Edinburgh and Glasgow, with excellent public transport links and the above attractions are within a short distance of each other. My fellow Scotlanders enjoyed their own Falkirk experiences – with themes ranging from the outdoors to heritage – and you can follow along with #Scotlanders on social media.

Visiting the Outer Hebrides and the Isle of Barra